There is a constant waiting list for the privilege of owning a Saltire which has flown from the Saltire Memorial at Athelstaneford. Flags are typically replaced every six months depending on the weather conditions and damage to the flag. Weathered flags that have flown from the birthplace of Scotland’s national flag are highly sought after across the world.

In order to raise much-needed funds for the maintenance of the Saltire Memorial and Flag Herrigate Centre, this year the Trustees decided to test whether there would be even greater interest in acquiring a new flag flown on Scotland’s national day, 30 November. An online auction was duly initiated, and this generated a great deal of attention. The highest and winning bid of £300, submitted by Calum Gordon from West Lothian, helped boost the Trust’s funds.

The presentation of this unique Saltire, together with a signed certificate of authenticity, was made at the Memorial. 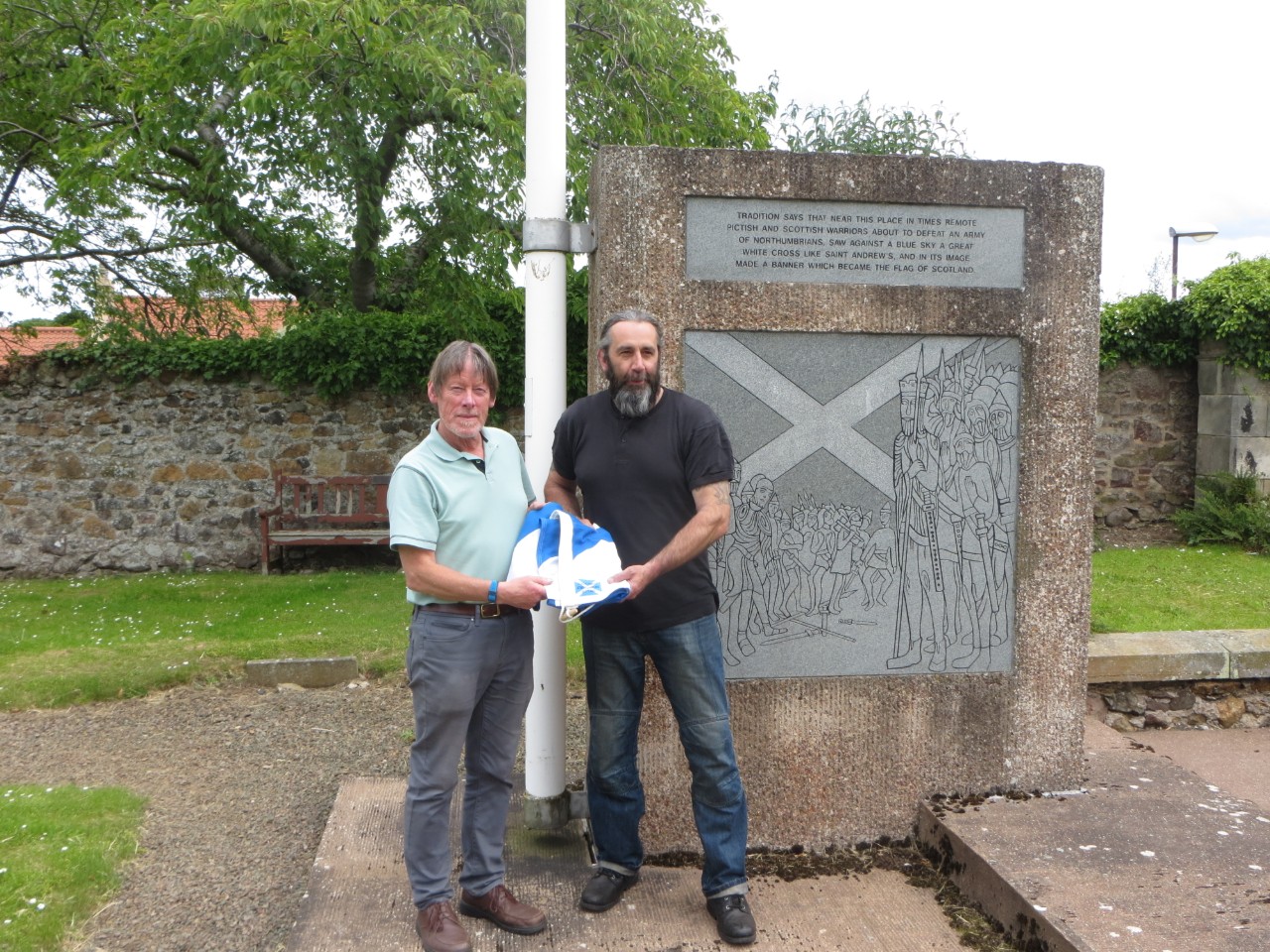