The Trustees of the Scottish Flag Trust were delighted that the Lord Lyon King of Arms, Dr Joseph Morrow QC, accepted their invitation to give a talk during the 2016 Saltire Festival.
The illustrated talk, entitled The Significance of the Saltire in Scottish Heraldry, was held in the Star Room in the John Gray Centre, Haddington on the eve of St Andrew’s Day, and attracted an audience of around 35. It proved an informative and fascinating evening as Dr Morrow outlined the history of the Lyon Court, the oldest heraldic court in the world still in daily operation, and the work of his office in regulating heraldry. As anticipated, the Saltire was shown to feature prominently in the issuing of grants of arms. 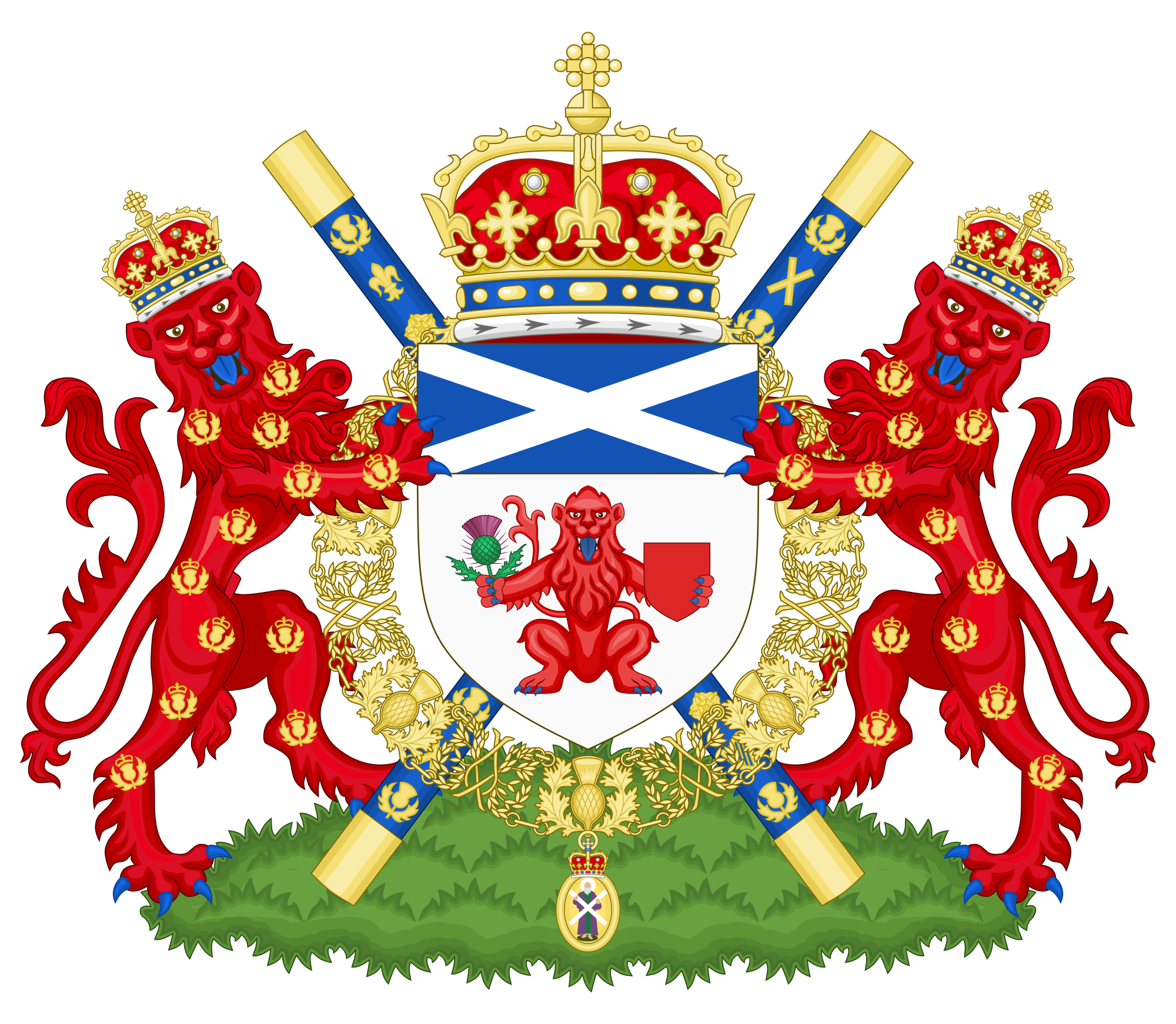 Image:  The arms of the office of the Lord Lyon